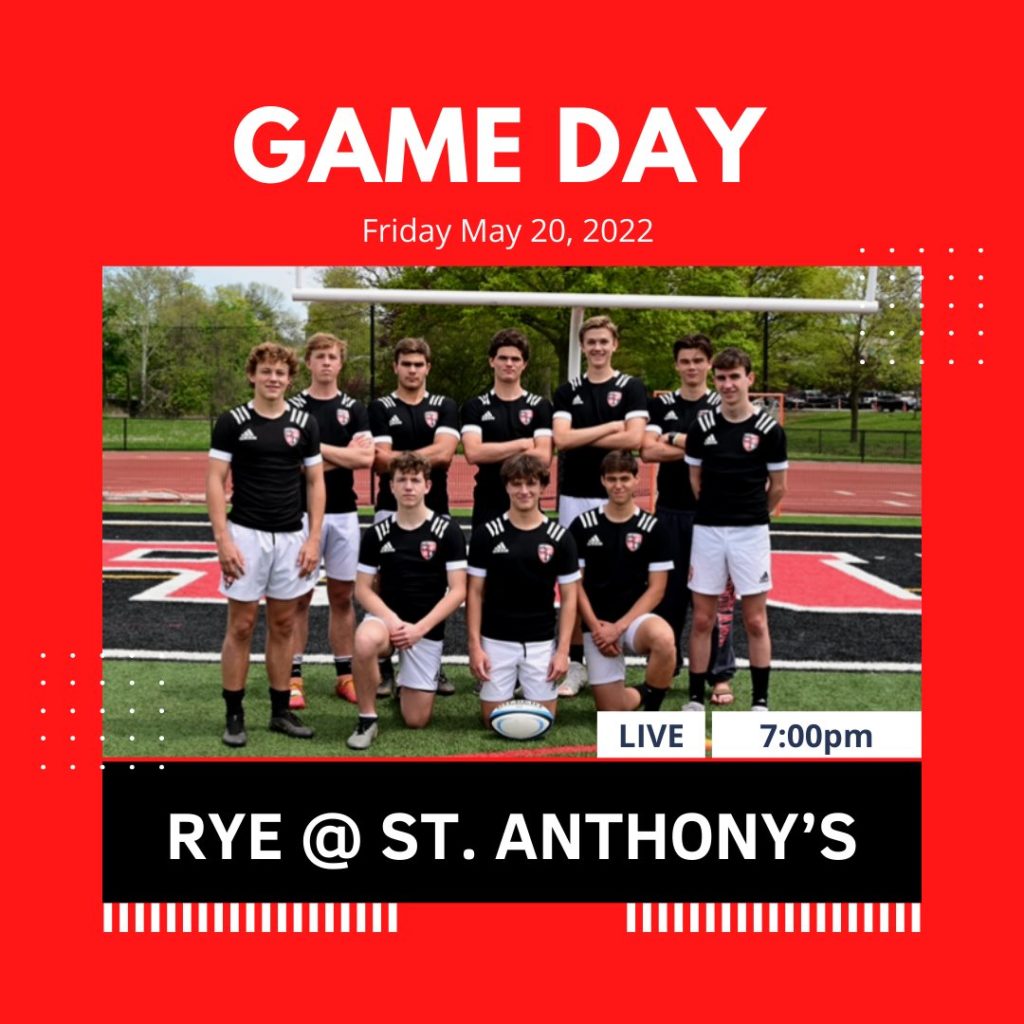 Rye Boys Varsity Rugby took St. Anthony’s of Long Island by the Throgs Neck on Friday, winning the away game 31-17. The Garnets will head to the State Tournament June 4th and 5th at Siena College to compete for the Division I State Championship.

“Scrumhalf Archer Fenton kicked a quick grubber kick to a teammate on the goal line for his second try of the first half,” said Rye Boys Varsity Rugby Jim O’Hara.

Rye beat St. Anthony’s on a wet night in Long Island on Friday, May 20th. After two thunderstorm delays, Rye came out strong moving the ball quickly and using their 9 and 10 to kick strategically for field space.

Scrumhalf Archer Fenton scored two tries in the first half, with quick moves and decision making all over the pitch. St. Anthony’s played tough defense and used their forwards to attack up field, never giving up until the final whistle.

Rye was able to get some younger players experience in the second half and went home with the win.

The Garnets are second in division 1 with a record of 4-1.