A Rye woman, Kelly Murdock, was charged with DUI, Child Cruelty X2, Careless and Negligent Operation by the Vermont State Police on November 10 on the Sugarbush Access Road in Warren, Vermont. 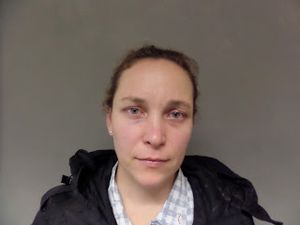 SUMMARY OF INCIDENT:
On 11/10/14, State Police responded to a report of a two-vehicle collision at the intersection of German Flats Rd and Sugarbush Access Rd in Warren. Upon arrival, it was determined the operator of a Chevy Tahoe, Kelly Murdock, had failed to obey a stop sign and crashed head-on with a Chevy Silverado. In Murdock's vehicle were two of her children, ages 4 and 6. After further investigation, Murdock performed standard field sobriety exercises and refused a preliminary breath test. She was subsequently taken into custody for suspicion of DUI, in conjunction with other criminal charges. She was taken to the Middlesex State Police Barracks for processing and is scheduled to appear at the Washington County Superior Court, Criminal Division on 12/4/14 at 1200 hours. The occupants of the Silverado did not receive injuries from the crash. All parties involved were wearing seatbelts and both vehicles were totaled. Murdock was issued two Vermont Civil Violation Complaints for violations of Title 23 VSA 1048(b) – failure to obey a stop sign, and Title 23 VSA 1038 – driving on roadways laned for traffic.