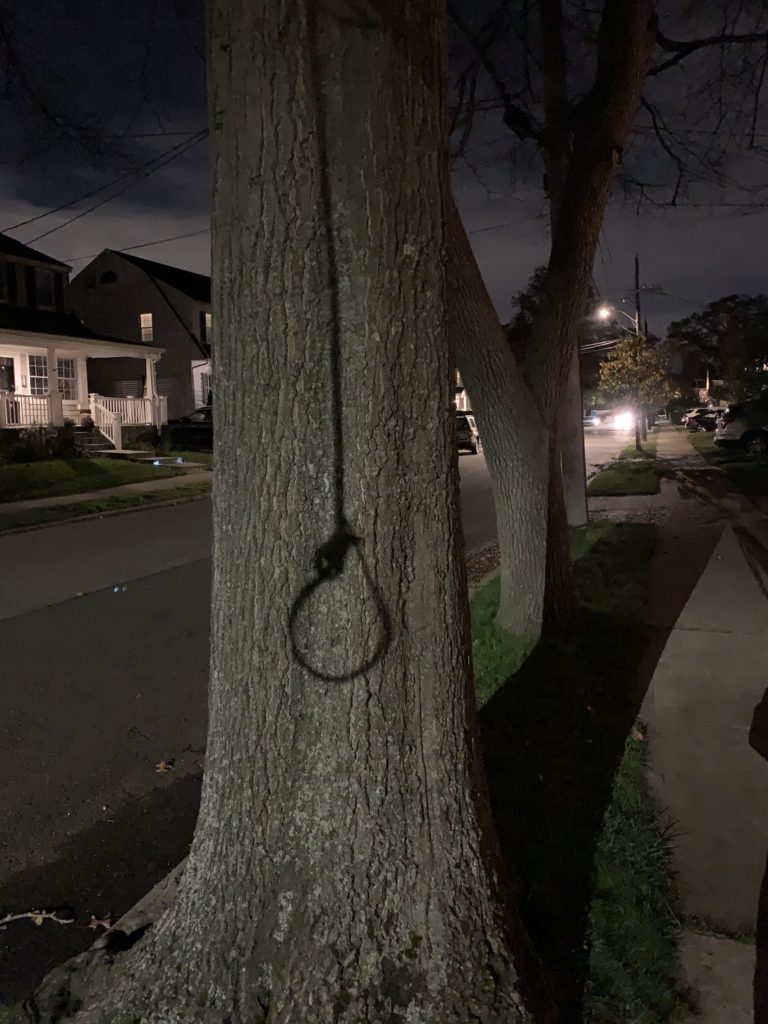 (PHOTO: The shadow cast by the noose on Rosemere Street.)

This letter to MyRye.com is by Roosevelt Street resident Lisa Tannenbaum

On November 3rd, Election Day, I decided to take my dogs for a brief walk between the 7PM and 8PM poll closing. I turned from Roosevelt onto Rosemere street. To my horror I was confronted [with what you see in the photo above]. I was horrified.

After my initial shock, I figured out it was a piece of wire in the shape of a noose hanging from a power/phone line, with a shadow cast from the streetlight. Was it intentional or an accident? I don’t know, but I thought it should be rectified. I returned home immediately and contacted a member of the Human Rights Commission. She asked me to report it to the police. They came, saw it, and said it was unintentional and their involvement ended there. The Rye Record then belittled my horror in their Police Blotter. I contacted the editor to set the explain what had happened, but have received no response.

I am not African-American, yet seeing the image of a noose was traumatizing. I cannot even imagine how much more traumatic it would be for a person of color. Intentional or unintentional, there is no justification for inaction at the sight of a noose. The city manager contacted the utility, so over a week later the offending wire is now gone. 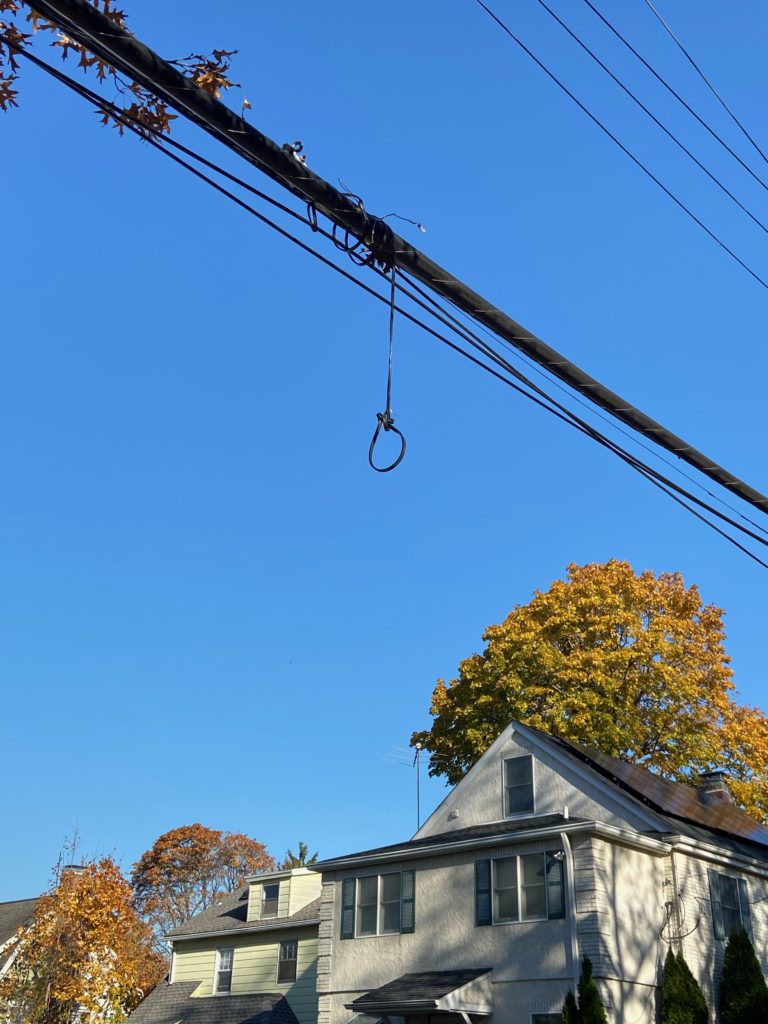