The Clothesline Project on Village Green This Saturday 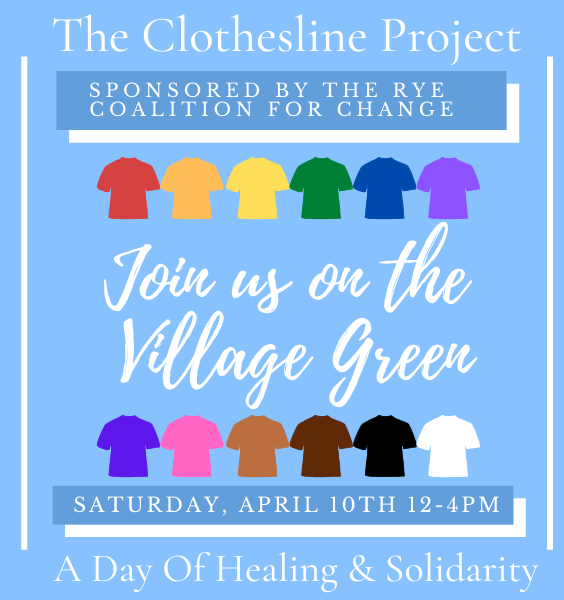 Rye’s Clothesline project will be on display this Saturday, April 10th from 12-4pm on the Village Green. Based on a national Clothesline Project was started in Cape Cod in 1990, the mission of the project is to “break the silence and bear witness” to sexual assault and interpersonal violence.

The Clothesline Project is an event focused on empowering and supporting survivors of sexual violence and interpersonal violence, while also raising awareness. Survivors write/draw on t-shirts any feelings they have about their assault. The t-shirts then hang on a “clothesline”, shoulder-to-shoulder.

The t-shirts are color-coded to represent different groups of survivors. Second-hand survivors (anyone that is close to a survivor) can make a t-shirt to recognize the strength of survivors, show their support, or explain how sexual assault has affected them. Some examples include: “I believe you” or “You are not alone.”

Examples of t-shirts made for a previous clothesline (content Warning – sexual violence/rape): 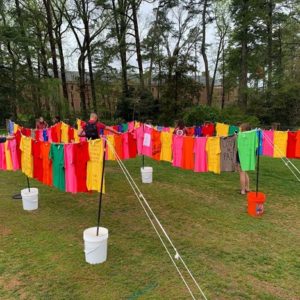 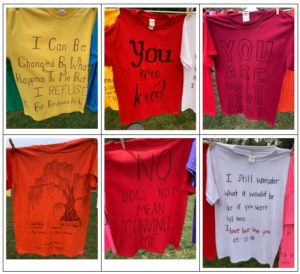