MyRye.com
May 26, 2021
0
819
Facebook
Twitter
Email
Rye Vets is a collaboration with RyeVets.org to highlight those from Rye who have served our country across times of war and peace. There are over 2,100 veterans from the City of Rye. Learn more about how you can help research and write biographies of those that have served. 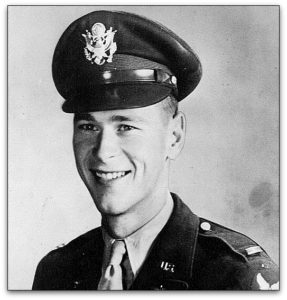 Harry B. Wassell was born on July 18,1916 in Westpoint, PA to parents Frank Lloyd Wassell and Mary Wassell. He had three brothers Charles, Frank and George and two sisters Betty and Patricia. Harry attended Radnor High School, in Westport, Ct. He was a member of the Debating Club and the French Club and played football and track and graduated in 1935.

His family moved to Rye in 1936 and were members of the Presbyterian Church and they lived on Grace Church Street. Harry planned to attend the University of Pennsylvania, but instead went to the University of Michigan. During his time at College Harry made Rye his home and his four younger sibling were attending Rye schools. At Michigan, he joined the Phi Delta Theta fraternity. He graduated from Michigan in 1939 with a civil engineering degree. Harry served as an officer in the U.S. Army Air Corps during World War II.

Service Time: On March 10, 1942, three years after he graduated from Michigan, Harry Wassell enlisted in the U. S. Army Air Corps in Fairfield, CT. He was commissioned a 2nd Lieutenant and he was assigned to the 2nd Ferrying Group, 63rd Ferrying Squadron and transported planes to the United Kingdom for support of the 8th Air Force.

The 63rd Ferrying Squadron transported planes from the Martin plant at Baltimore; the Fairchild factory at Hagerstown, Maryland; Piper plant at Lock Haven, Pennsylvania and the Grumman and Republic plants on Long Island. They received aircraft at these factories of origin and ferried them to the overseas units to which they were assigned.

Sadly, Lt. Harry Wassell was killed in an airplane accident on 10 July 1943 flying on Martin B26 Marauder, serial # 41-35189 on a ferry flight from Baltimore to UK, and crashed near Meeks Field, Iceland.

This was the second tragedy in the Wassell family. Harrys brother, F. Lloyd Wassell, Jr. , better known as Bud, was killed in an airplane crash in Avon Park, Fla. , in March, 1943. At the time of his death another brother, Charles, was in California with the Air Force. George, the youngest, had just completed his pre-flight training at Maxwell Field, Ala. Lieut. Wassell, besides his parents and brothers, was survived by a wife and an infant daughter, and his two sisters.

Rye’s Above Butterflies & Their Pollinators Raise $50K for Education

The Rye’s Above butterflies and their pollinators - a myriad of artists and volunteers from the Rye Arts Center and Rye Rotary - have...
Read more
Community Groups

Earlier this month a rain garden was installed on the grounds of the Rye Art Center at 51 Milton Road. Twenty volunteers joined the...
Read more
Community Groups

pRYEde, the local Rye advocates for equity and inclusion behind the Pride garden flags, the June Pride month celebrations, the Pride murals and the...
Read more