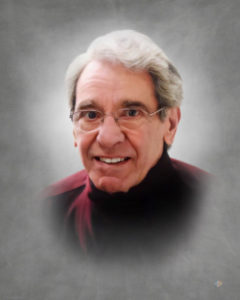 John Grimaldi, age 97, of Newark, Delaware, peacefully passed away at his home on Friday, February 25, 2022, surrounded by his loving family members. John was just three years shy of becoming a centenarian, a milestone that he had always admired.

John was born on August 7, 1924 in the beautiful town of Rye, New York. His parents, Rosario Grimaldi and Concettina Cassone Grimaldi, both emigrated from Italy to New York. Rosario was a shoemaker and Concettina was a seamstress. John was the youngest and last surviving sibling of six children, brothers Anthony and Rocci Grimaldi, and sisters Victoria Pauline, Frances Grimaldi, and Nancy Del Val.

John served in the Air Corps during World War II, as did his two brothers. Subsequently, he graduated from Kent State University, having majored in marketing. He had a long and successful business career, selling typewriters, and ultimately computers, office supplies and equipment. One of his employers was the Olivetti Corporation, where he worked for 25 years.

His family always came first, and was the most important part of his life. He was truly liked by everyone he met, because of his infectious smile, his kindness, and the genuine interest that he had in other people’s lives.

John had many diverse interests. He loved nature, and was an avid flower and vegetable gardener. He was constantly looking to identify a new bird species in the back yard so that he could put a checkmark in his bird book. His daily routine included working on crossword and other puzzles. He enjoyed reading multiple news magazines and had a strong interest in reading books about World War II.

During his time living in Arden, John was passionate about acting in numerous one act plays for the Arden Theater.

He would spend hours on his computer, researching diverse topics, sending emails to friends and family. He was even active on Facebook, communicating with his friends up to his last days.

John and Polly loved traveling and exploring other countries and cultures. They also enjoyed sailing their boat, “Bliss”, on the Sassafras River on beautiful sunny days.

John is survived by his wife, Polly; her six children, Emily, Jenny, Paula, Mike, Ben, and Chris; his daughter, Missy Grimaldi; son, Greg (Rosa); and granddaughter, Ellie. John is also survived by many nieces and nephews.

A catholic mass will be held for John at Saint John the Baptist Roman Catholic Church, East Main & North Chapel Streets, Newark, DE 19711. The date and time will be announced soon.

In lieu of flowers, contributions may be made to The Mary Campbell Center, his daughter’s residence, located at 4641 Weldin Road, Wilmington, DE 19803.

Jack Stavrides, a lifelong resident of Rye, NY passed away on September 28, 2022 at the age of 94. He was born in Rye,...
Read more
Obituaries

James J. Dealy passed away peacefully at his home on September 18, 2022. James is survived by his wife, Angela Durand Dealy, along with...
Read more