Mr. Met and the Rye School Board Election of 2016 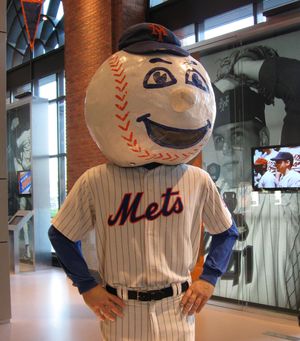 It is always interesting to see who receives the write-in votes in any of Rye's local elections. It is usually a combination of past office holders and local movers, shakers and agitators.

This year, it is Mr. Met… Yes, that's right. Of the forty write-in votes for the recent Rye School Board election, Mr. Met received one vote.

In truth, Mr. Met never had a chance… Rye City and Westchester County is Yankee country….

Curious who scored each of the forty votes? See the tally below: